The SUHSD District Honor Band Concert will be on Saturday, February 8th, 2020 at 6:30pm

It features the finest middle and high school Honor Band students. These are auditioned groups, including the best players selected to rehearse and perform under the direction of two special guest conductors for an enriching musical experience.

Students wishing to audition must request an audition time by Tuesday, November 19th, 2019, by completing this form: 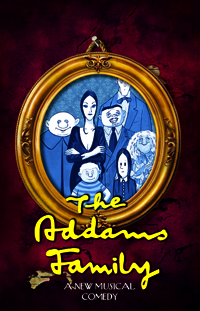 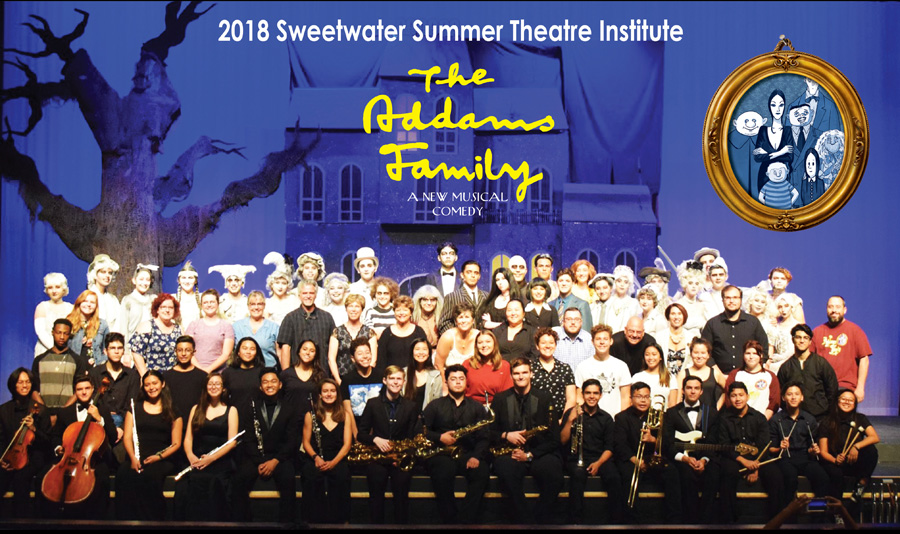 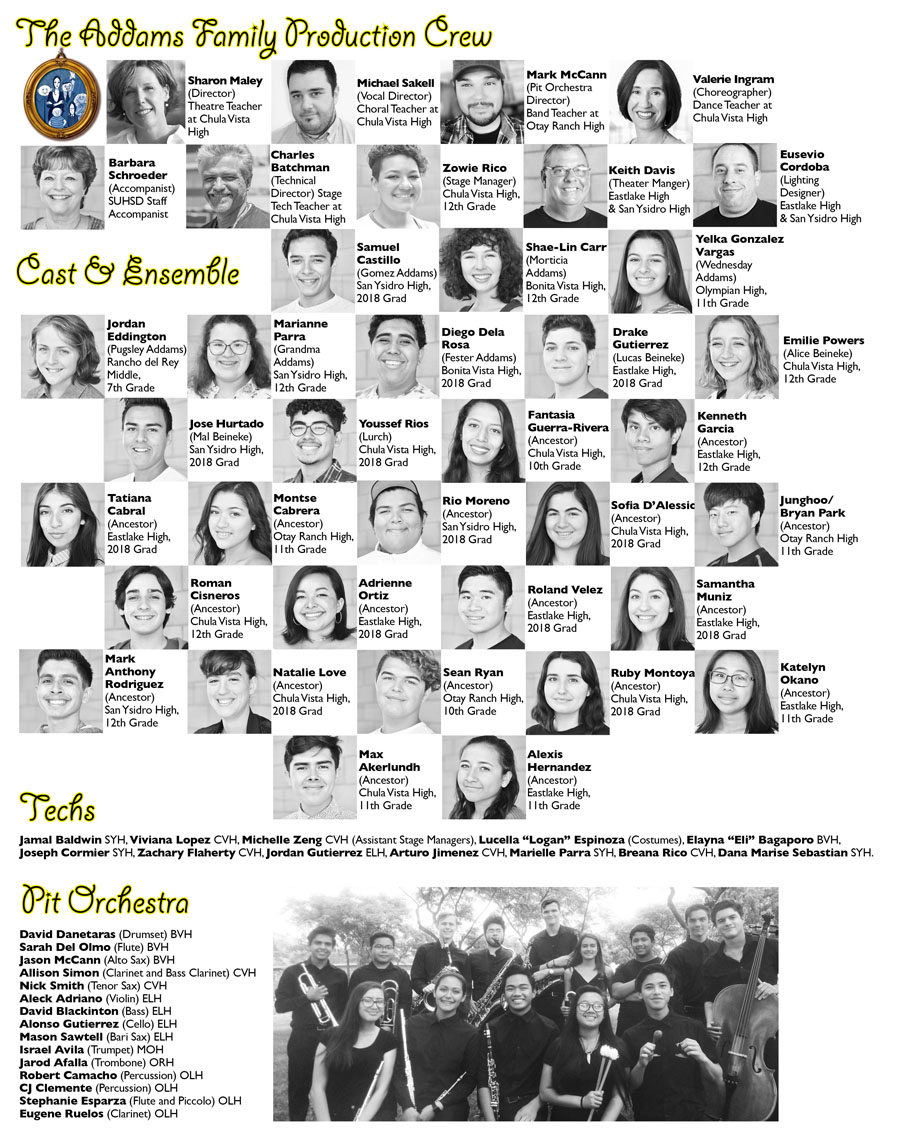 Pit orchestra auditions took place May 23, 26 & 27 by appointment only. Congratulations to the students selected for the pit orchestra! List is here: The Addams Family Pit Orchestra List

Chairwoman Dianne Jacob and all the members of the San Diego County Board of Supervisors herby declare this 16th day of November 2017 to be “SWEETWATER DISTRICT BAND PAGEANT DAY” throughout Sand Diego County. 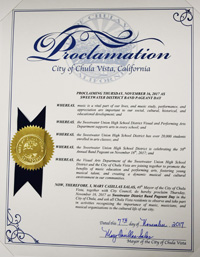 Mayor of the City of Chula Vista Mary Casillas Salas together with City Council herby proclaim November 16, 2017 as “SWEETWATER DISTRICT BAND PAGEANT DAY” in the City of Chula Vista and ask all residents to observe and take part in activities recognizing the importance of music, musicians, and musical organizations to the cultured life of our city. 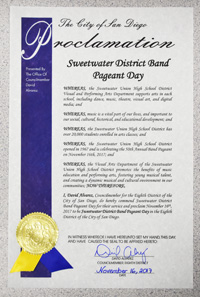 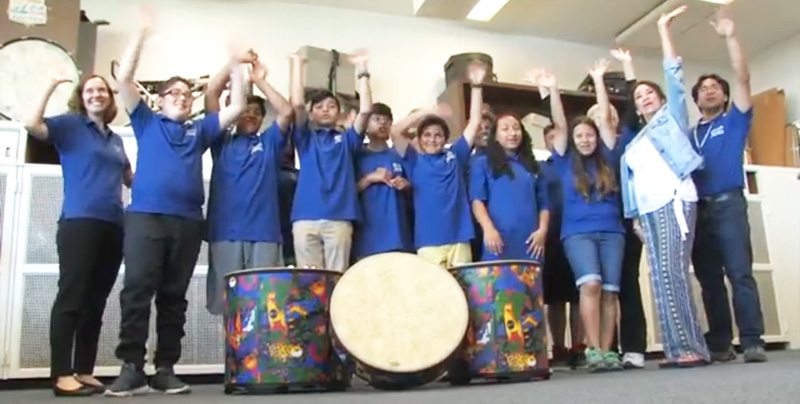 Sweetwater District Band Teacher Amy Cruz is taking the challenge of making the arts accessible to EACH child to a new level at Bonita Vista Middle School. What began as a pull-out program for kids with mild-to-moderate disabilities has blossomed into a full class where students, teachers, and peer mentors gather together to make music.

Ms. Cruz worked with her Principal, Dr. Eduardo Reyes, the Director of the Visual and Performing Arts Department, Jeff Kover, and the director of Special Services, Dr. Ron Lopez to get funding for the class. Through their combined efforts, Ms. Cruz was able to have a stand-alone class, instruments, and the support of the teachers and staff of Bonita Vista.

Teaching instrumental music is always challenging, but even more so when students are disabled. “We have students with mobility challenges, a lot of them have dexterity challenges where manipulating their fingers can be difficult. Playing a standard instrument like a clarinet or saxophone or even a trumpet could be tricky because they don’t have the same finger strength but with our modified instruments, with recorders and the Orff instruments, they’re able to participate and in meaningful ways. They’re making music but adapted to their ability level.” Ms. Cruz adapts music to the instruments and abilities of her students, while teaching them basic music fundamentals.

Working alongside Ms. Cruz are the Special Education teachers like Richard Giffen. He has found that, beyond the music lessons, “we’re able to make connections. Music is that language of communication that allows them to communicate with peers of all levels.” He is proud of the exposure that his students receive to experiences they might not have had otherwise.

Parents are happy with the program as well. “The students get to be on stage, they get to perform. For some of them that makes them very nervous but once it’s done and once they’re up there and they have that moment of ‘we did it’ they are just beaming and their parents are beaming. It’s great to give the parents the opportunity to see their kids with all of the other students performing” says Ms. Cruz. Her plan now is to make this class available to the rest of the district.

You can see these wonderful kids and their teacher on Youtube here:

Congratulations to two of our outstanding music educators! The California Music Educators Association-Southern Border Section has once again honored teachers in the Sweetwater Union High School District as Outstanding Music Educators. They will be recognized at the annual Arts Empower Mega-Conference in October.

Congratulations! We are all so very proud of you! 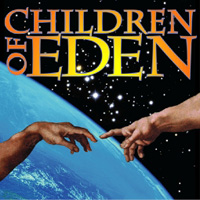 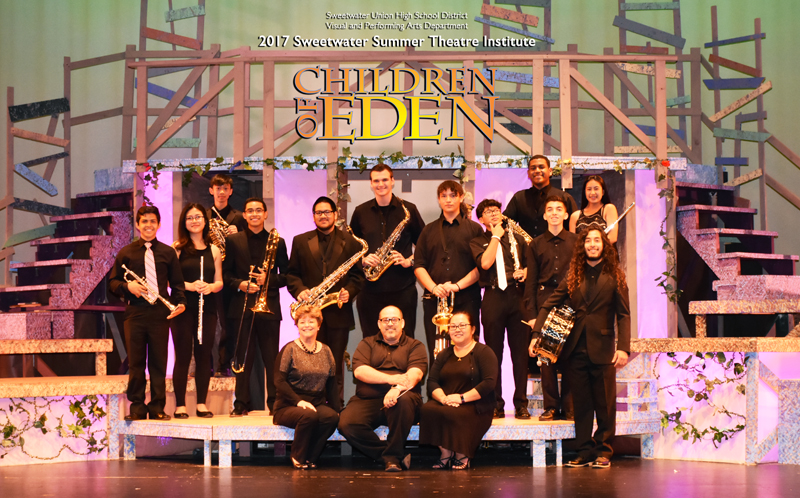